We are based in Thame and serve the town and the surrounding villages. If you love flying and all things aviation, then come and see us on any Monday or Thursday to find out more.

Congratulations go to Cadet Flight Sergeant Herman van Rooyen on graduating from the RAF Air Cadets Junior Leaders training course. The Junior Leader course is one of the hardest and top courses to pass in the RAFAC.

On Saturday the 5th of March cadet Flight Sergeant Herman Van Rooyen of 594 Thame Squadron cycled from Aylesbury to John Thornton’s old Air cadet squadron in Dorset. He is raising money for JTYAF charity (https://www.jtyaf.org/) because in his words “they are such an amazing foundation that have done so such to help young people achieve their dreams.”

He cycled to J.Thornton’s old air cadet squadron because he wanted to push himself physically and show people that with commitment and resilience you can achieve anything.

The radio communications and cyber security training is highly beneficial to the cadets, as it improves their knowledge of cyber security, social media safety and how to protect themselves and their devices from malware and viruses. END_OF_DOCUMENT_TOKEN_TO_BE_REPLACED 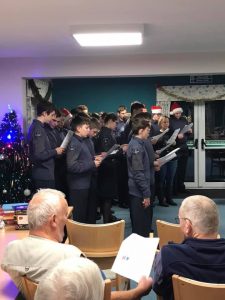 We joined our neighbours for carol singing. We brought along tea and cakes. Everyone had a great time. It was great to for the cadets and staff to get to know our neighbours and we look forward to next year’s event.

In the months from September to October, a little more than 100 cadets took part in Thames Valley Wing Air Cadets’ fieldcraft courses.  Also known as the ‘Tactical Leadership Courses’, they culminated in a blank firing exercise with cadets, a first for the Wing.  Throughout, cadets were given progressive opportunities to learn and demonstrate skills from camouflage and concealment to section-level tactics with training ammunition, all whilst developing their communication, teamwork and leadership skills. END_OF_DOCUMENT_TOKEN_TO_BE_REPLACED

The first weekend focused on cadet fieldcraft skills with some of the cadets even sleeping under the stars in bivouacs with none of their normal luxuries. That alone is tough enough but to then add two days of intense and relentless training makes their achievement all the more significant. END_OF_DOCUMENT_TOKEN_TO_BE_REPLACED 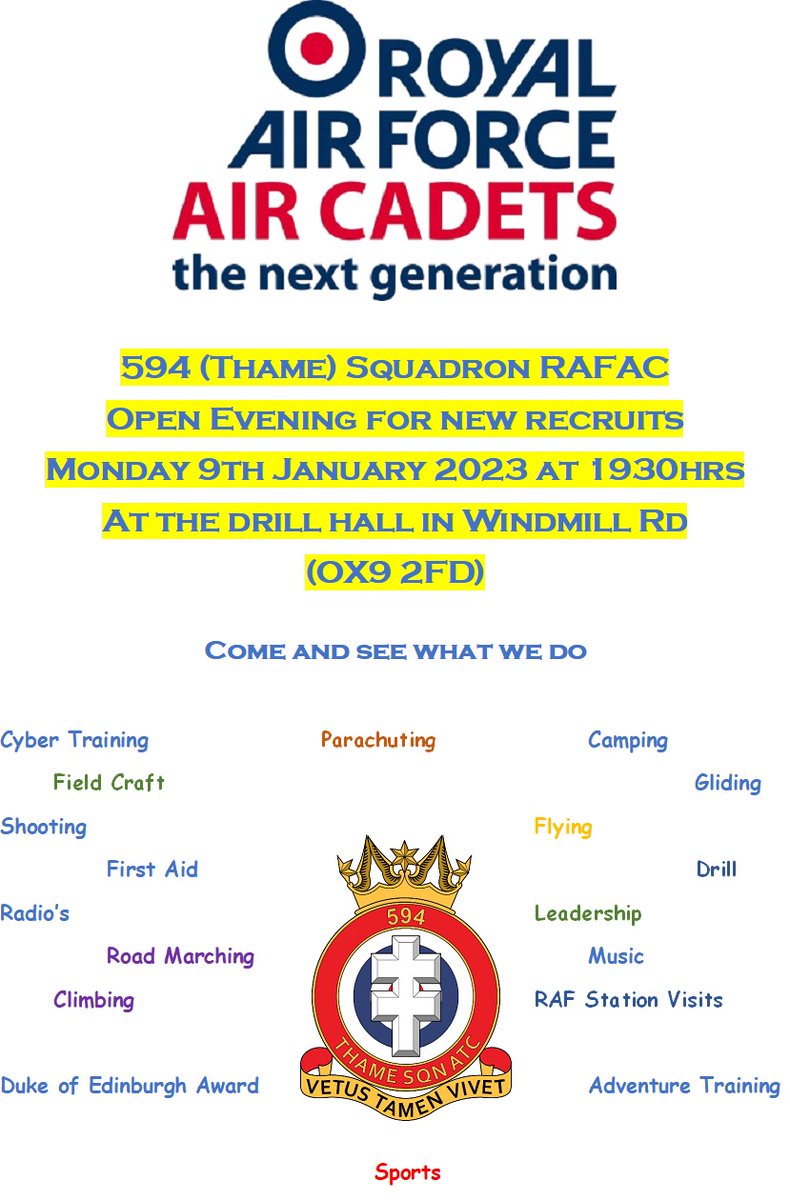 @ThameAirCadets
14 February at 08:02
Congratulations to our newly promoted Corporals. https://t.co/dsKPl8A5if 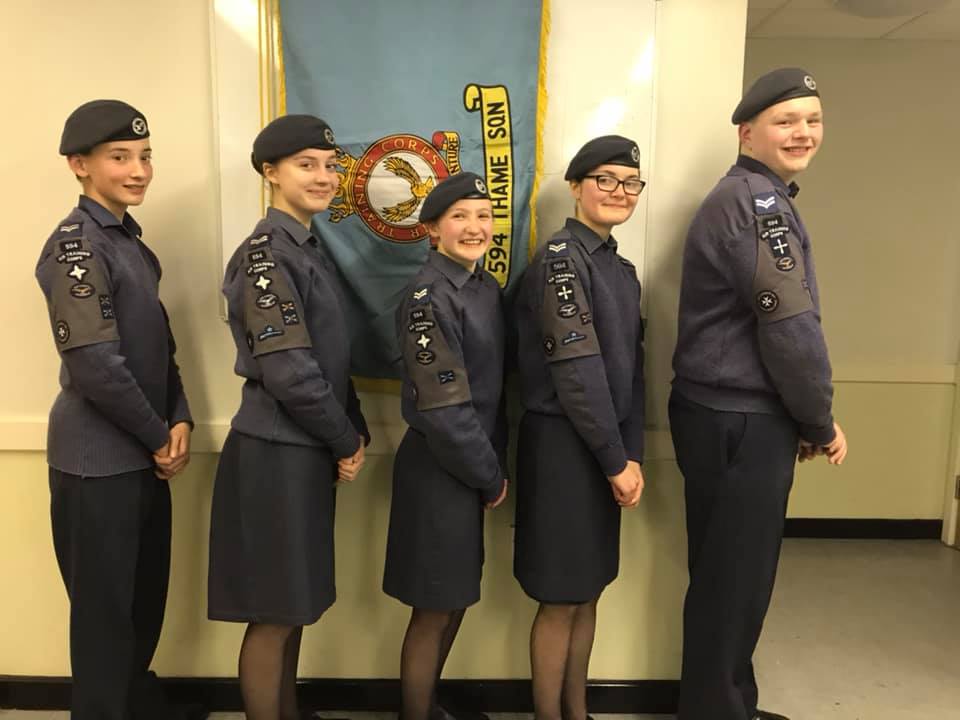 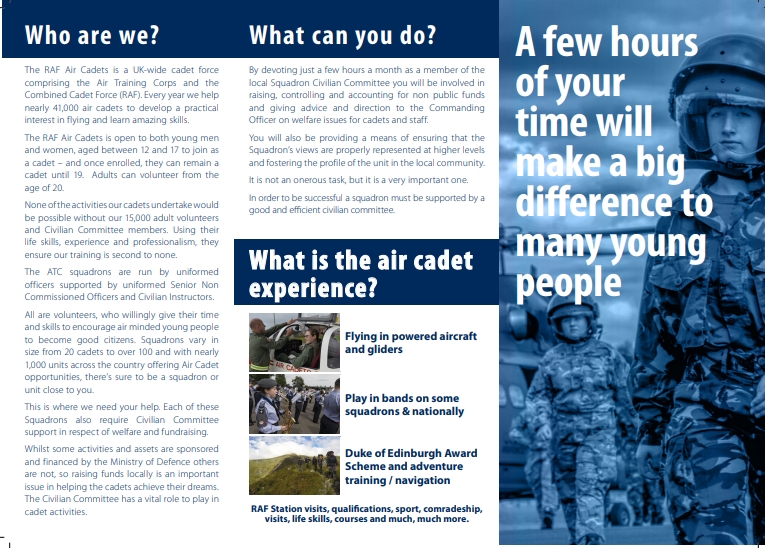 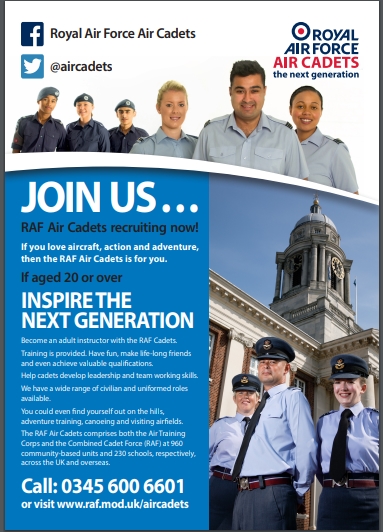 @459AirCadets
01 February at 12:30
Outside of the #aircadets, 459 #Windsor Squadron's own Training Officer Lewis Majeed is raising money in Feb for… https://t.co/rEFUWfCW6j

@BracknellRAFAC
29 January at 18:32
Having completed Blue Road Marching last Sunday, today's @TVWRoadMarching numbers were of those training for Cosfo… https://t.co/iADsb8yIzq

@BracknellRAFAC
27 January at 09:30
After 9 years of selfless service, Wednesday night saw @BracknellRAFAC bid farewell to one of the pillars of 2211 S… https://t.co/FCVs1P1VUw
more...