After an early start the competition started and with a competitive spirit the 12 lanes at the Astro Bowl were soon full of cadets aiming for the strikes to add vital points to their Squadron scores. Each team was made up of only four cadets so the pressure was on each cadet to get down those pins. Everyone managed to compete in at least three games and after a tense bowl off at the end the winners were announced. END_OF_DOCUMENT_TOKEN_TO_BE_REPLACED

The THRIVE awards were established three years ago to recognise the achievements and successes of the individuals who support the Air Cadets in Berkshire and Oxfordshire. Hosted by RAF Benson and sponsored by five organisations 33 individuals received recognition on the evening for their efforts across several categories. END_OF_DOCUMENT_TOKEN_TO_BE_REPLACED

From the start the competition looked like a non-starter with only 9 girls from a squad of 12 and the boys down to a full starting 11 but only one substitute!, coupled with biblical rain on the journey and the potential of flooding at the venue. The Thames Valley cadets arrived in high spirits ready to face the challenge. END_OF_DOCUMENT_TOKEN_TO_BE_REPLACED

The championship took place on Sunday 9 October; The Thames Valley 17 strong team went up against the best of the other five Wings of South West Region in what proved to be a very close competition with some exceptional swimmers. END_OF_DOCUMENT_TOKEN_TO_BE_REPLACED

Air Cadets and volunteers from across the Thames Valley Wing have been celebrating as they received as part of a national relay the 75th anniversary torch at a ceremony in Windsor on Sunday (21st August).

The 75th anniversary torch arrived from London and South East Region as part of its six-week tour through the country, with cadets, adult volunteers and veterans finding unique and adventurous ways to celebrate its journey. END_OF_DOCUMENT_TOKEN_TO_BE_REPLACED

Parading through Windsor and past the Guildhall it was an incredible sight to see the Thames Valley Air Cadets march through the streets and onto the Parish Church in all their splendour. END_OF_DOCUMENT_TOKEN_TO_BE_REPLACED

Marking the 75th anniversary since the formation of the Air Cadet Organisation (ACO) over 75 cadets from across Central and North Sectors in Thames Valley Wing ATC gathered in the Oxford as part of parade and service of remembrance. END_OF_DOCUMENT_TOKEN_TO_BE_REPLACED 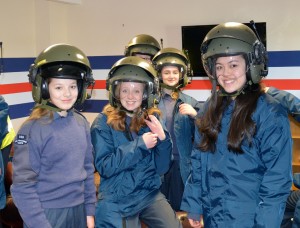 On Thursday 18 February 20 cadets from 966 (Wallingford) and 2121 (Abingdon) squadrons visited RAF Benson for the day. A programme of events which involved visiting various parts of the base had been organised to give an overall view of what makes up a modern RAF station. To start the day the cadets visited the Motor Transport section where they were shown the variety of vehicles currently in use, including their participation in the operation of a remote control grab unit for lifting heavy loads on and off of vehicles. The group then split into two groups for alternate visits to the Fire section and Air Traffic Control.  END_OF_DOCUMENT_TOKEN_TO_BE_REPLACED

@AbingdonAirCdts
07 April at 19:39
Busy weekend for @AbingdonAirCdts , ATEX and DoE completed, lots of skills learnt and loads of fun had. #WhatWeDo,… https://t.co/Z8xgbdj8ae

@AbingdonAirCdts
25 March at 16:01
RT @AirCadets_TVW: Our first @MHealthRafac course took place this weekend. An important subject and many thanks to the volunteers from… https://t.co/ULLDXSOM3L

@AbingdonAirCdts
06 February at 16:48
RT @Ultraburner: What a fantastic organisation. I have many good memories of my time with @AbingdonAirCdts... learning to fly glider… https://t.co/cmcKP1IxHz
more...