With an early start and a long journey, 12 cadets and 6 staff from the Thames Valley region set off for Scotland. Along the way there was a short but worthwhile stop to The Devils Porridge Museum, where the cadets were educated on the women who made the explosive ammunition for the war effort. The dressing up facilities probably intended for a much younger audience saw the cadets bonding quickly. Once we had arrived at the brilliant accommodation we were treated to a visit around 669 Sqn Army Air Corps for a look around the Lynx AH9A’s Helicopters. 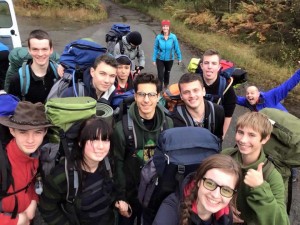 The first full day had the group going off for the overnight expedition in the Scottish hills. The morning contained lessons, preparations, kit checks and tent test runs, and then we set off. The terrain was very boggy but the team spirt remained high. We passed lochs and sheep and Scottish people on our way, reaching our camping spot just as the sun was setting, despite some navigation detours… The views were magnificent.

It was a long night, but the moon was out and everything went according to plan, even when the heavens opened and things got pretty moist. The team spirit was still on a high and we set off for another long and rewarding day of hiking. Needless to say, Sgt Walsh’s photobombing skills and Fg Off Pye’s selfie face improved throughout the day. There was some degree of losing cadets in holes, streams bushes, and we put our stomachs out on a limb drinking the mountain waters, but all was balanced by the rolling hills and the exceptional beauty of Scotland’s woods.

Day three saw the group embark on some gnarly water-sports at the Galloway Activity Centre in Dumfries. The morning was full of sailing in the freezing (but fun) climate of Loch Ken, amongst the misted trees and the otherworldly atmosphere of the surrounding country. There was even time for a healthy spot of drill on the boats in between capsizing and colliding. In the afternoon the groups tried their hands at windsurfing (shockingly enough, only effective in the wind) and paddle-boarding, which turned out to be an icy brawl on the water for paddle-board supremacy with Tegan, one of our charming instructors at the centre. Both were challenging in their own way, but still oddly satisfying when you managed to stand up for longer than 5 seconds.

Day four had the groups parting ways. Half went mountain biking on a really rad route with Flt Lt Christlieb and CI Sprake, through various terrains, beginning with the gentle slope of the Tarmac road and transitioning to the stony tracks through the logged and lovely hills. The others went for a hike up Merrick, the highest hill in Southern Scotland at 843 metres tall. Once the clouds had parted and sunken below the peaks, the panoramic views were spectacular and the group took the opportunity to take some stunning photos. The cadets entertained themselves in the evenings with flying oranges, unorthodox drill sessions and vicious Pokemon duels, but this time they had CI Sprake fashion medieval weapons from cardboard, and they were trained by lamplight in the art of reenactment sword fighting.

Day Five and the groups traded tasks. The cycling route was tough on the particularly windy day, but CI Sprake kept the spirit alive with his tales of Scottish folklore and superstition and Flt Lt Christlieb informed the group of the history of the area. The smiles on the cadet’s faces at the end of the day proved what an excellent time they all had. The walkers set off on a different route to visit the infamous rig of jarkness, the tough terrain proved challenging to the group but as a team they accomplished the day walk successfully.

Day Six had the group reforming and heading back to the Galloway centre to go climbing. The climbing wall was great (albeit competitive) fun, and many particularly enjoyed the zip wire off the wall! Even Camp Com Fg Off Wicks made a valiant conquest over her nerves on the wall, to applause from the cadets. After a quick break and some (more) selfies, the cadets and staff went off to defeat the Jacobs Ladder; all the groups completed the exercise with dignity and enthusiasm, though some with a tad more of their dignity left intact.

Finally to finish off a great week, an afternoon of laser tagging seemed appropriate for the cadets, where some killer tactics boiled to the surface and a few of the cadets revealed a somewhat darker side. And then there was the first ever final parade at an AT Camp for TVW (Organised by Woodley cadets of course!) where there was even a paper plate award for the blokes in the mess, who were all too stoked to be rewarded for what was definitely superb service.

Overall it was a super week which we all enjoyed massively. Of course, this week couldn’t have been achieved without the staff, so a massive thank you goes to Fg Off Wicks, Flt Lt Christlieb, Sgt Walsh, Fg Off Pye, CI Sprake CI Wicks and CI Kendall who all made it happen. 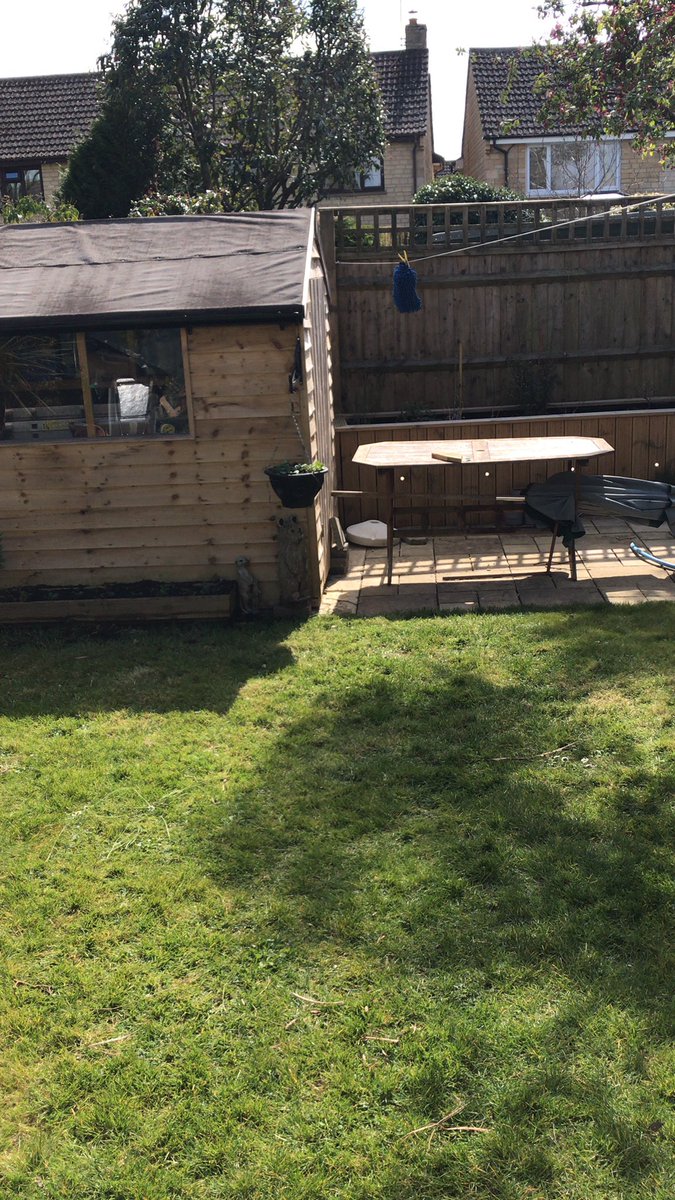